Exciting game finishes off a week of Courtwarming festivities 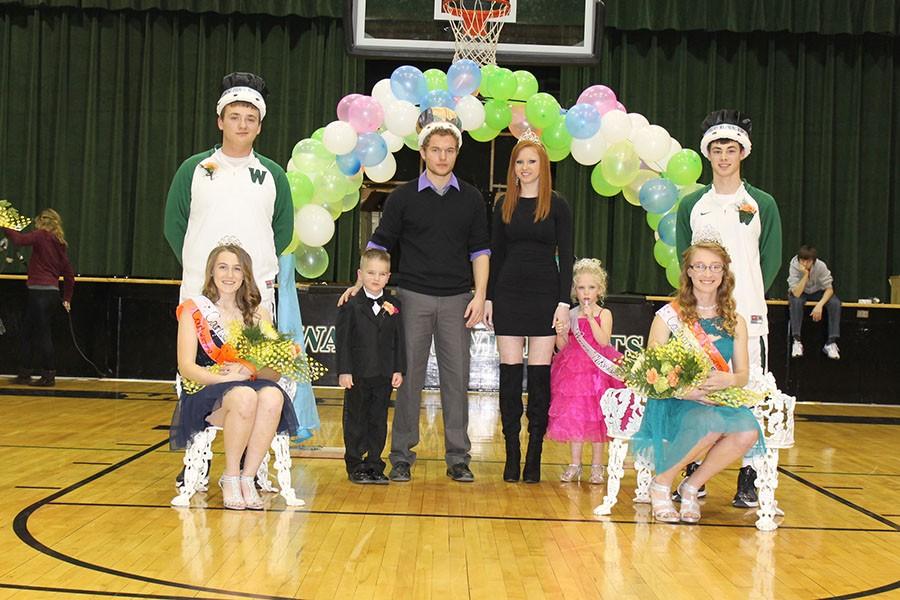 It was unbelievable, it was the most exciting thing I have ever done in athletics,” said senior Joey Cooner after making the post-buzzer free throws that brought about an 81-80 Courtwarming victory over the Osage Indians.

After the win, students flooded the court and celebrated what became the highlight of the annual Courtwarming festivities.

“It was epic, one of the top finishes I have ever been a part of,” said basketball coach Jared Wallace. “It was good for the whole student body, I was proud of the boys and very happy that the students got to share that experience with them.”

During the last second of the game, Cooner was fouled and went to the line where he scored two consecutive free throws to put the boys up by one point and won the game for the Wildcats. Afterwards, the court was stormed by fans in arguably one of the most exciting victories in Warsaw basketball history.

“Our boys balled all over them, that game was amazing,” said senior Amber Gillham.

“That game put everyone on the edge of their seats,” said senior Jesse Stantorf.

“I was surprised that I won king,” said England

There was also excitement throughout the week off the court as students participated in spirit week and competed as a class to win the coveted “most spirit.” The points system for spirit week that was developed and put into place for the week of Homecoming was also used for Courtwarming to ensure that every class had an equal opportunity to be pronounced most spirited. Seeking redemption after losing to the junior class during Homecoming, the senior class stepped up and took back their spot at the top when they won most spirited class for Courtwarming, and got to duct tape physical education teacher Kasey Tittlemier to the bleachers.

“I’m happy the seniors won because it is their last year, but I was really happy with all the sophomores participation,” said sophomore Ashlyn Yoder.

“We showed those losers what for,” said senior Zach Long.

“We are the best. That’s all there is to it. We wake up, we’re the best. If you ain’t first you’re last,” said senior Luke Spry.

“I love spirit week and I always win,” said Yoder.